Open Heaven 15 April 2018 Memorize: But I say unto you, That every idle word that men shall speak, they shall give account thereof in the day of judgment. Matthew 12:36

2 And they said, Hath the Lord indeed spoken only by Moses? hath he not spoken also by us? And the Lord heard it.

3 (Now the man Moses was very meek, above all the men which were upon the face of the earth.)

4 And the Lord spake suddenly unto Moses, and unto Aaron, and unto Miriam, Come out ye three unto the tabernacle of the congregation. And they three came out.

5 And the Lord came down in the pillar of the cloud, and stood in the door of the tabernacle, and called Aaron and Miriam: and they both came forth.

6 And he said, Hear now my words: If there be a prophet among you, I the Lord will make myself known unto him in a vision, and will speak unto him in a dream.

7 My servant Moses is not so, who is faithful in all mine house.

8 With him will I speak mouth to mouth, even apparently, and not in dark speeches; and the similitude of the Lord shall he behold: wherefore then were ye not afraid to speak against my servant Moses?

9 And the anger of the Lord was kindled against them; and he departed.

10 And the cloud departed from off the tabernacle; and, behold, Miriam became leprous, white as snow: and Aaron looked upon Miriam, and, behold, she was leprous.

12 Let her not be as one dead, of whom the flesh is half consumed when he cometh out of his mother’s womb.

13 And Moses cried unto the Lord, saying, Heal her now, O God, I beseech thee.

14 And the Lord said unto Moses, If her father had but spit in her face, should she not be ashamed seven days? let her be shut out from the camp seven days, and after that let her be received in again.

15 And Miriam was shut out from the camp seven days: and the people journeyed not till Miriam was brought in again. 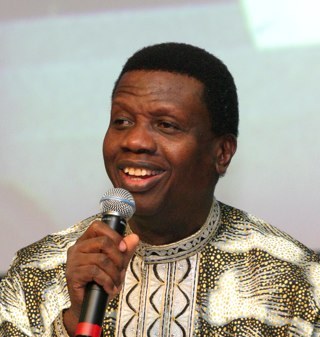 It is confounding that most children of God see it as an obligation to speak out against different forms of abuse in the society, but do not deem it necessary to raise their voices against anyone blaspheming the Lord of the universe or His anointed representatives on earth. The Lord did not mince words in 1 Chronicles 16:22 when he commanded “Touch not My anointed!” As it is today, so it was in the time of the Lord Jesus Christ. Several people spoke out against Him, and some even accused Him of casting out demons by Beelzebub, the prince of demons! See the Lord’s response to this outagrous allegations in Matthew 12:36:

“But I say unto you, That every idle word that men shall speak, they shall give account thereof in the day of judgment.”

Speaking against the Lord’s ministers and their spirit-motivated deeds is a typical way of touching the Lord’s anointed. Beloved, it is idle talk when you attribute an act of the Holy Spirit in a man of God to the power of familiar spirits or charms and rituals of the occult, and this is punishable on the Day of Judgement. Can you imagine the sin of idle talk waylaying you on the Day of Judgement? If you are guilty of this, you repent and restitute your ways before it is too late. Never join a multitude to say terrible things against a minister of a God when you are not very sure that what they are saying about him or her is true. Take heed to these instructions of God in Exodus 23:2:

“Thou shalt not follow a multitude to do evil; neither shalt thou speak in a cause to decline after many to wrest judgment:”

Today’s Bible reading narrates how Moses’ two siblings Miriam and Aaron, spoke against him because of the Ethiopian woman he had married. Even though Moses actually married an Ethiopian woman, what did that have to do with the assignment or role God asked him to play? The truth of the matter is that Miriam and Aaron were just being jealous and mischievous. God saw through their motives, and he decided to put them in their place and punish them. Miriam became leprous! Beloved, it is not until you cast a man of God into prison before you touch him or her in an evil way. Watch your tongue and stop any move that is detrimental to the assignment given to an anointed man or woman of God.

Father, please forgive me in any way I have touched Your anointed with my words, actions and inactions.

Yet soldiers of the cross;

It must not suffer loss:

From vict’ry unto vict’ry

His army shall He lead,

Till every foe is vanquished

And Christ is Lord indeed.

Forth to the mighty conflict

In this His glorious day.

Ye that are men, now serve Him

And strength to strength oppose.

Stand in His strength alone;

The arm of flesh will fail you;

Ye dare not trust your own.

Put on the Gospel armor,

And. Watching unto prayer,

Be never wanting there.

The strife will not be long:

This day the noise of battle,

The next the victor’s song;

To him that overcometh

A crown of life shall be;

He, with the King of glory

That all for Open Heaven 15 April 2018 Sunday, do consider to bookmark this site for your Open heavens daily devotionals and also if you missed yesterday Devotional click to read Open Heaven 14 April 2018 Saturday and may the God of Abraham, Isaac and Jacob continue to keep us all. God bless you. Open Heaven 15th April 2018 Sunday. Please comment and share what you have learnt, you might be a blessing to others.