Memorise: This know also, that in the last days perilous times shall come. 2 Timothy 3:1

19 Because that which may be known of God is manifest in them; for God hath shewed it unto them.

20 For the invisible things of him from the creation of the world are clearly seen, being understood by the things that are made, even his eternal power and Godhead; so that they are without excuse:

21 Because that, when they knew God, they glorified him not as God, neither were thankful; but became vain in their imaginations, and their foolish heart was darkened.

22 Professing themselves to be wise, they became fools,

23 And changed the glory of the uncorruptible God into an image made like to corruptible man, and to birds, and fourfooted beasts, and creeping things.

24 Wherefore God also gave them up to uncleanness through the lusts of their own hearts, to dishonour their own bodies between themselves:

25 Who changed the truth of God into a lie, and worshipped and served the creature more than the Creator, who is blessed forever. Amen.

26 For this cause God gave them up unto vile affections: for even their women did change the natural use into that which is against nature:

27 And likewise also the men, leaving the natural use of the woman, burned in their lust one toward another; men with men working that which is unseemly, and receiving in themselves that recompence of their error which was meet. 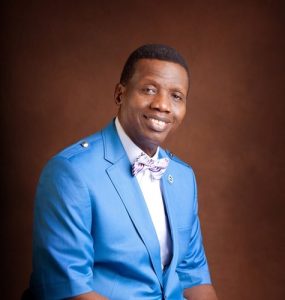 It is a statement of fact that the world is changing and people are being changed by its evil whims and caprices. Irrespective of this fact, one truth that people particularly children of God, must not allow to slip out of their minds is that although the world is changing, God does not change along with it (Malachi 3:6). His nature and standards are forever the same. Be aware that He will not judge you by what is acceptable in your world but by the standard He has set in His word (2 Timothy 2:19). The Lord knew that the world would come to its present evil state, and so He forewarned us of the signs that will herald His coming judgement on this world. One of the signs He gave to us is that in the last days, men and women will lack natural affection (2 Timothy 3:2-3). In other words, natural feelings, relationships and expressions of love would no longer appeal to them. The lack of natural affection is a state of mind caused by the expunging of God from their so-called knowledge (Romans 1:28). Anyone who knows God as a consuming fire will dare not challenge Him to ideological arguments on morals. God dictates what he regards as moral or not. However, what do we see today? The philosophy of relativisim argues that it is how you feel about yourself that matters; if as a man you feel you are a woman or if as a woman you feel you are a man, so be it! This is the reason why a man and a man would want to do what naturally a man should only do in a sexual relationship with a woman. Some women also prefer to engage in sexual perversions with other women. Such people choose to ignore the divine order set by God in the beginning. Genesis 1:27 tells us what this divine order is:

This Bible verse is at variance with the idea of homosexuality or being transgender. There is a distinction between male and female in the divine order. It is therefore rebellious and evil when a person, due to lust, is dragged out of his or her natural affection to abnormal instincts that pervert the original plan of God for his or her life. This exactly was what doomed Sodom and Gomorrah, and it must be avoided today. Beloved, do you have a feeling that there is a mix up in your being, such as that you want to change your natural and original makeup into another form? You need Jesus Christ urgently for restoration. You need the prayer of deliverance to restore you to your God-given personality. Do not be deceived: the world and everything in it are not the result of an arbitrary “big bang”. Everything was perfectly and methodically put in place by God. You are not a mistake; to think otherwise in the age-old deceit of the devil. Come to Jesus Christ today and be free.

Father, destroy any unnatural instincts in me and silence every satanic voice in my mind in Jesus’ Name.