39 And one of the malefactors which were hanged railed on him, saying, If thou be Christ, save thyself and us.

40 But the other answering rebuked him, saying, Dost not thou fear God, seeing thou art in the same condemnation?

41 And we indeed justly; for we receive the due reward of our deeds: but this man hath done nothing amiss.

42 And he said unto Jesus, Lord, remember me when thou comest into thy kingdom.

43 And Jesus said unto him, Verily I say unto thee, Today shalt thou be with me in paradise. 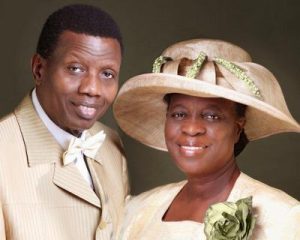 The reality of an eternity in Hell fire is the reason why we continue to preach relentlessly to people about the need to give their lives to Christ right now! Hell is worse than any kind of suffering ever known to man. It is worse than any World War or nuclear holocaust. It is worse than any type of plague, be it Ebola, HIV, leprosy or the Black Death. It is even worse than death itself. Why, you may ask? If a believer in Christ is tortured to death for his or her faith in Christ, he or she will be in pains for a while, but eventually, the pain will stop and he or she will be taken into glory. Such a fellow would have moved from extreme pain to extreme joy, glory and peace in Heaven. In contrast, anyone who goes to Hell will burn in fire day and night. After burning for a billion years, his or her sufferings will just be beginning. Worse still, after the Great White Throne Judgement, the inhabitants of Hell will be moved into the Lake of Fire, where they will go through the worst of torment and will keep burning without being consumed. Revelation 20:14 says,

“And death and hell were cast into the lake of fire. This is the second death.”

Whatever you can do to skip Hell, do it today because nobody knows tomorrow!

No religion can save you from Hell. No form of self-righteousness, personal belief or positive thinking can save you either. Open Heavens 6 July 2017: Thursday daily devotional by Pastor E. A. Adeboye- Choose Wisely.  In fact, John 3:18 says that some people will be banished to Hell not because they did not attend church but because they did not genuinely give their live to Christ. You have a choice to make here. When the Lord Jesus Christ was being nailed to the cross, two thieves were equally nailed to their own crosses on either side of Him. One of them said to the Lord, “I thought you called yourself a prophet, how come you cannot deliver yourself and deliver us also?” The second thief rebuked him saying, “While on your way to Hell, you are still talking like this?” Then he turned to Jesus and said “Lord, I don’t know if it is still possible, but when You get to your Kingdom, please remember me.” The first thief chose to go from the cross to Hell, and he got his wish, while the second chose to go from the cross to Paradise and it was so. What is your choice today?

Visit www.spiritlessons.com and read up people’s account of their experience of Heaven and Hell. Wisely adjust your lifestyle based on your choice of eternal destination.