Memorise: Many seek the ruler’s favour; but every man’s judgement cometh from the LORD. Proverbs 29:26

2 And it was so, when the king saw Esther the queen standing in the court, that she obtained favour in his sight: and the king held out to Esther the golden sceptre that was in his hand. So Esther drew near, and touched the top of the sceptre.

3 Then said the king unto her, What wilt thou, queen Esther? and what is thy request? it shall be even given thee to the half of the kingdom. 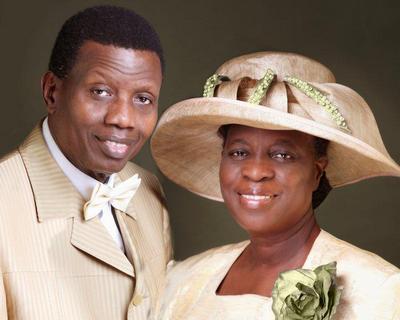 Today’s Bible text tells a bit of the story of Queen Esther. Who was divinely favoured. From her experience, we can learn a few things on divine favour. For example, you will observe that she put on her royal apparel, and stood in the inner court of the king’s house before she was granted favour. Why did she put on her royal apparel? Apart from the rule that she could  bit come before the king uninvited, it would also have been rude, uncomplimentary and indecent for the queen to have attempted to approach the king in her night dress or kitchen overall. Today, what used to be our mother’s underwear is what some women wear to parties, and even to their workplaces. No wonder divine favour is alien to many of them. It’s been said that you will be addressed the way you are dressed. (Open heavens Friday 2 February 2018)

To obtain divine favour in the sight of God, you need to be clothed in your royal apparel of righteousness which Christ gave to you when you receive salvation (Revelation 1:5-6, 19:8). You will also observe that when the king saw Queen Esther, the sight of her produced divine favour, as he then held out to her the golden sceptre that was in his hand. When your time of favour comes, the first thing is that you will be identified for attention.  My prayer is that the Almighty King of kings will look in your direction and identify you for His favour today in Jesus’ Name. In Genesis 18:1-5, Abraham was sitting in front of his tent, just relaxing at home, when favour located him. After his show of hospitality, the carriers of favour wiped away his tears of so many years as they declared these words to him in Genesis 18:10:

“…I will certainly return unto thee according to the time of life, and, lo, Sarah thy wife shall have a son….”

The Lord will cause His favour to produce declarations that will wipe away your tears in Jesus’ Name. Our memory verse indicates that the favour Queen Esther enjoyed was actually divine in nature.

Indeed, before appearing before the king, she had first sought the Lord’s favour, and this was what later manifested itself as favour with the king. Esther 4:16 says:

“Go gather together all the Jews that are present in Shushan, and fast ye for me, and neither eat nor drink three days, night or day: I also and my maidens will fast likewise; and so will I go in unto the king, which is not according to the law: and if I perish, I perish.”

I therefore encourage you to seek the Lord’s favour and stop cutting corners. Live a life that is pleasing to the One who has the heart of those who must favour you under His control, and you will not be denied your rights in Jesus’ Name.

Father, please send help to those who must favour me today, and compel them to release all my blessings that You have kept within their custody in Jesus’ Name.

TAKE MY LIFE, AND LET IT BE

Take my life, and let it be

Take my moments and my days,

Let them flow in ceaseless praise,

Let them flow in ceaseless praise.

Take my hands, and let them move

At the impulse of Thy love;

Take my feet and let them be

Swift and beautiful for Thee,

Swift and beautiful for Thee.

Take my voice, and let me sing

Always, only, for my King;

Take my lips, and let them be

Filled with messages from Thee,

Filled with messages from Thee.

Take my sliver and my gold;

Not a mite would I withhold;

Take my intellect, and use

Every power as Thou shalt choose

Every power as Thou shalt choose.

Take my will, and make it Thine;

It shall be no longer mine.

Take my heart; it is Thine own;

It shall be Thy royal throne,

It shall be Thy royal throne.

Take my love; my Lord, I pour

At Thy feet its treasure-store.

Take myself, and I will be

Ever, only, all for Thee,

Ever, only, all for thee

And That all for Open heavens 2 February 2018 Friday, do consider to bookmark this site for your Open heavens daily devotionals and also if you missed yesterday Devotional click to read Open heavens 1 February 2018 Thursday and may the God of Abraham, Isaac and Jacob continue to keep us all. God bless you. Open heavens 2nd February 2018. Please comment and share what you have learnt, you might be a blessing to others.